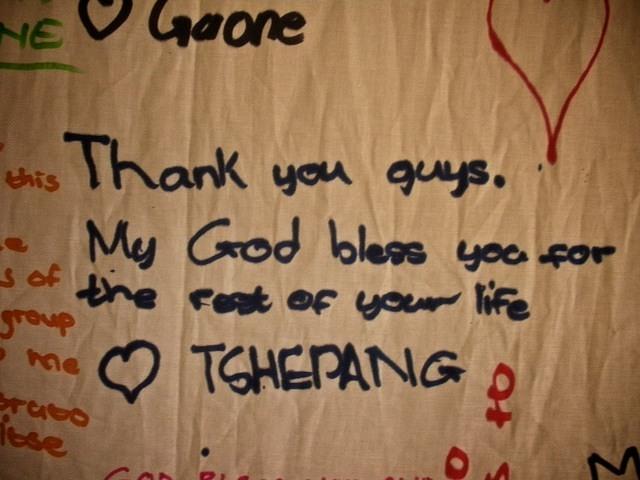 Stories of our efforts in Africa. The greatest humanitarian need that we face on earth may be the future of our children especially in developing countries like those in Africa. It is critical that we intervene now and do so as forcefully as we can.

The Story of Success thanks to CCSM’s CSRM

CCSM in partnership with MozHope (NGO) is supporting a group of 28 women care givers of OVC (Orphan and Vulnerable Children) in Maxaquene, a suburban neighborhood of Maputo City, through provision of Coke product vending equipment, training and monthly supervision by sales team.

As result of this partnership, most of these women were successful and their families managed to get out of the extreme poverty conditions they faced before.

With this effort we are fulfilling the Five by Twenty project which consists in enabling women entrepreneurs to break down the barriers that they face. To illustrate the success of this project we bring you an outstanding story of a woman who has successfully overcome a lot of the difficulties she faced, but thanks to our CSR program she now can live a happier life.

Mistéria Alberto Machava, 52 years old, is a widow and mother of 9 children. When her husband passed away she was left with almost nothing, just her lovely kids and a small shelter. Her children didn’t go to school because she had a lack of money to send them and they didn’t even have personal documents.

After she was covered by our CSR program her life and family’s life were gradually transformed.

She started her business with just 2 cases of Coke, but today she runs the business with 13 cases and with the income she could build 1 bedroom + 1 another not yet finished. She managed to install the electrical and bought some home appliances such as a freezer, TV, electric kettle and so on. She also managed to buy some furniture and the diet of the family has improved greatly. Her children already attend school as she can now pay for the fees. She manages to sell about 4 cases/day when the business is going well.

Almirante
Mozambique is one of the poorest countries in the world. Nearly half of the population there lives below the poverty line. Maputo, the nation’s capital, is a huge sprawling city. Maxaquene “A”, one of several areas within Maputo, is not an easy place to call home but for eighteen- year-old Almirante, there is no other choice.

Almirante is an orphan. He is also HIV positive and was very sick with tuberculosis. For a while he was hospitalized and unable to walk due to the advanced stage of his TB. Much to his disappointment, even his studies had to be put on hold. It was just too hard for Almirante to concentrate due to the frail condition of his body. He was rapidly losing weight. . . and hope.

As if all of this were not enough for such a young person to deal with alone, the rainy season brought even more challenges into Almirante’s life. Maputo is a very low-lying area, so when the rains come the water rises quickly. This water is very unsanitary, as it often contains sewage and other debris. Unfortunately Almirante’s home is in a location that allows this filthy water to come inside his home.

Almirante would have to sleep upright in a chair during the nighttime rain in order to stay out of the dirty water invading his home. When the waters did eventually go down, they left his home a dirty, smelly, unhygienic mess! This was taking a serious toll on Almirante’s health.

When the local staff from HOPE worldwide heard of this young man’s situation, they mobilized a support group in the area that would go and visit him the day after a heavy rain. They would remove the stagnant water from his home by bailing it out with buckets. They eventually created a simple drainage path for the water and put wood on top of his house in an effort to keep water out of his home. Almirante is delighted that he can now sleep on his mat, rather than a chair even if it is raining outside! And his home environment is much cleaner without having all of this contaminated water invading his living space.

The local HOPE worldwide staff continues to look for even more ways to help this young man get the assistance he needed. They connected Almirante with the Maputo Church of Christ so he could receive nutritive supplements and food packages made possible by a partnership between Adatiya Foundation and HOPE worldwide in Mozambique. Almirante felt much better once he was receiving this nutritional support. He completed a six-month tuberculosis treatment and now receives medicine to help him manage his HIV. Thankfully, he continues to regain his strength, so much so that he has been well enough to resume studies at his secondary school.

Almirante had this to say about HOPE worldwide, and his new lease on life: “I thank Mozambique HOPE worldwide in the first place for the food and nutrient supplement packages I receive monthly, which contributed a lot to my new physical health. I was slim before. I could not even walk.

Secondly, I am thankful for the encouragement I received at the difficult moments of my TB illness. Today I am back to my studies and living like other youth.” Almirante’s dreams, once derailed, are now back on track thanks to HOPE worldwide, the Maputo Church of Christ, Aldatiya Foundation, and the countless list of people who have forever impacted the life of this young man and others just like him. Thank You!

I had the joy of spending 10 weeks of my summer vacation interning with HOPE worldwide in Lusaka, Zambia, a country in southern Africa. It ranks as one of the best times I’ve ever had! The staff and volunteers overwhelmed me with love and hospitality. They do not often receive long-term visitors, but I was humbled by the care and admiration the local 150 volunteers showed me. The staff asked me to speak at the local Youth & Family Conference.

Zambia is a nation of only around 14 million people, but among those live a staggering 1.2 million orphans. This means that at least 1 in every 12 people in Zambia is an orphaned child, and therefore may face challenges accessing food, healthcare, education, legal protection, or psychosocial support. My day job in Zambia was to evaluate and strengthen the overall operations of their small chapter of HOPE worldwide. I especially analyzed the data that we use to show our impact on these orphans and vulnerable children, their families, and their communities. I also started building partnerships and designing an Early Child Development program to better meet the needs of the country’s young children. Given the hardships people face in Zambia, there is still a tremendous need for more workers, funding, and prayer; nonetheless, God gave me a tremendous opportunity to serve and grow in all new ways!

Please be praying for all of the needy people in Zambia. And pray for my brothers and sisters there to continue in their uncompromised devotion to helping and healing!