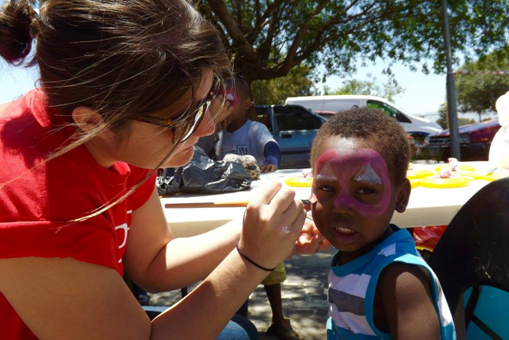 The South Africa trip started with a week of service in the early childhood intervention program in Johannesburg and ended with a singles conference with over 200 singles from 8 different countries. The trip was led by Dr. Mark Ottenweller, and his wife Lin. Read this moving account by Jennifer Mabus, one of the participants:

“When I was told the South Africa Singles Corps would be working with children, I had no idea what to expect. I also had no idea what kind of impact I could possibly have on these children. But like most things in my life, I took a leap of faith and trusted that God would utilize me as He saw fit, even though I had no clue what I was doing.

As our team arrived at the first creche (nursery), we were hit with a stampede of screaming children. These children did anything and everything to hug one of us, touch one of us and get our attention. My emotions immediately spiked as I fought back tears. The evident love these children had for us literally made me feel as if Jesus had his arms wrapped around me. I was overwhelmed with love the moment I saw these children. They had no idea who we were, where we came from, they did not care what we looked like, and they never once hesitated to see if we would react the same way. Rejection was not on their minds. These children used every fiber of their beings to show us how excited they were to see us, never once thinking we may have not loved them back. 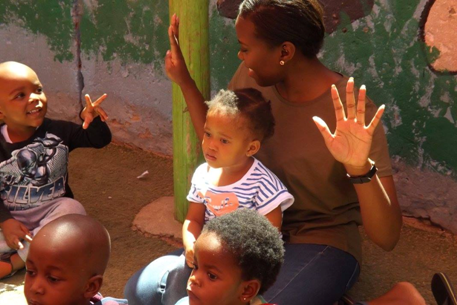 These children are poor financially and have already lived such rough lives, but they act as if they’re kings and queens. They are rich in heart. I tried to imagine what it would feel like to be in their shoes. And not in the negative sense that many would try to do. But I tried to put myself in their shoes to see what it would feel like to love without pretense and conditions, just like these children do. To not be afraid of rejection, to have a forgiving spirit, and to carry light in my eyes no matter what adversity I face.

Spending time with these children has allowed me to fall in love with Jesus all over again. Singles from all over the world have come to serve some of be poorest communities in the world, but I left my first day in the creche asking myself who really served who? Leaving these children is going to be hard.”

Each time you send some people from your congregation our bond is strengthened and deepened with you. It was such a success that we are hoping to make it an annual part of our singles calendar.