Out of Africa April 2014 Update:
Great news and great needs!

HOPE worldwide Country Directors from 7 African countries met in Johannesburg towards the end of April to review and discuss our programs. We had an incredible meeting where we discussed the future of our programs and the opportunities for expanding the work and supporting those programs. 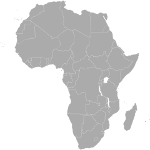 Collectively, our efforts are making a big difference. Our Orphans and Vulnerable Children (OVC) Programs have reached over 170,000 children in Africa over the last 9 years. The Early Childhood Development (ECD) Program has reached 10,000 young children, and the Women’s Economic Empowerment (WEE) Programs in Kenya, Botswana, Ivory Coast, and Mozambique have assisted 1,200 vulnerable women in starting small businesses. Dr Marc Aguirre and I continue to provide management training, strategic planning, grant management, technical assistance, and program development to Country Directors, their staff, and their programs.

The OVC programs have been greatly assisted by the introduction of ECD and WEE. ECD programs are critical because it has been shown that children who have the right support in the early years enjoy better health, wellbeing and achievement at school and later in life. WEE programs help caregivers provide for their children in a sustainable way.

ECD training and programs have already been launched in South Africa, Ivory Coast and Botswana, and will soon be launched in Zambia Zimbabwe and Mozambique. The South Africa ECD Team held visits and meetings with staff from UNICEF who were very impressed by the work. We hope to establish a partnership with UNICEF focusing on nutrition and parenting training and support.

We are very grateful to the Thames Valley Church of Christ that has agreed to provide HOPE worldwide Zambia with financial support, management assistance and small business development. Unfortunately HOPE worldwide Mozambique and HOPE worldwide Zimbabwe are still struggling to replace $35,000 each in funding that they have recently lost.

We are pursuing funding to support them but we will also certainly need and would be grateful for support from individuals and volunteers in the US. These programs support 2,000 OVC in informal settlements around Harare and Maputo and they are in desperate need of our help. Also, the Centre D’Assistance Medicale, our HIV/AIDS Clinic in Abidjan, has faced cuts in funding and desperately needs donations and funding to treat its poor patients . Please let us know if you have corporate or individuals that would be interested in funding these programs or learning more about them.

In February this year, HOPE worldwide Kenya and HOPE worldwide UK hosted the Kenya Project with our help and it provided health and social support to 668 women and children and HIV testing and cervical screening to 242 women in several informal settlements outside Nairobi, Kenya. There are HOPE Youth Corps planned for Durban, South Africa and Nairobi, Kenya in July 2014. We hope to expand and develop HOPE Youth Corps, HOPE Singles Corps, and HOPE Medical Corps each year in Africa to serve the health needs of women and children there. Please pray that we can encourage and engage more volunteers in the great work for the poor in Africa.

The civil war in the Ivory Coast lasted from January to May 2011 and 3000 residents were killed in fighting in and around Abidjan, the capital city. There were 1750 members of the local church caught up in the middle of civil war. When the airport opened we brought money in to buy food, water, and medical supplies for the local residents and volunteers. You could still hear AK-47, mortars, and rocket-propelled grenades explode in the city when U.S. staff from Hope Worldwide arrived. The local Hope Worldwide staff quickly organized relief efforts with funds donated from the U.S. and food, water, and medical supplies were distributed. Many of the residents lost their jobs and many of their homes and apartments were ransacked. Many cars were stolen by gunpoint.

The AIDS Clinic remained open despite the fact that the staff had not been paid since January. Since many of the businesses and companies were destroyed or closed there was a need for income, vocational training, and small business development. Management and coordination staff were hired and a grant application process was established. Vocational training was provided for 381 local residents and 28 group businesses were launched and 128 individual businesses were established. These businesses varied from beauty salons, to cellphone kiosks and Internet cafes. Jobs were created for 339 local residents and these residents support 321 of their children with food and school supplies. The impact was life-changing for hundreds of Ivoirians and their families.

We want to thank Dr. Solange Balou, the Country Director of Hope Worldwide Ivory Coast for her tremendous effort to coordinate these programs and the Management Committee that assisted her. Francis Dasse and his wife, Paul, lead the Abidjan Church of Christ and they supplied leadership, counsel, and spiritual guidance critical to all these relief and recovery efforts. We also want to thank donors around the world for their prayers and their generosity. Throughout the civil war the AIDS Clinic in Abidjan remained open and the orphan support programs there were soon restarted. Over the last 3 years Hope Worldwide Ivory Coast has assisted over 18,000 orphans and vulnerable children and it deserves our prayers and our support. Its staff and volunteers are real heroes and great examples of devotion and commitment for all of us! Merci beaucoup!

Summer – 2013 — Akwaaba! I bring you greetings from Abidjan. Having just returned from the Ivory Coast and preparing for my visit to South Africa, I wanted to take a moment to express my deepest gratitude for all the support and generosity you have given to the HOPE worldwideprograms, not only in Africa, but in Haiti as well. The impact is truly incredible. In the last twelve months, I have been able to work in Ghana, Liberia, Ivory Coast, Kenya, Uganda, South Africa and Haiti where I have seen firsthand the difference HOPE worldwide is making in the lives of so many people.

Summer Newsletter from Hope Worldwide Africa
From Atlanta to Africa

We walked the streets and visited the families living in shacks of Diepsloot, Zandspruit, and Cato Manor. Tin shacks, dirt floors, and sewage in the streets. Super hot in the summer and super cold in the winter. Holes in the tin roofs which leaked in the rain. Family members sick in bed from AIDS and TB. One small shack had 2 small rooms with 12 people sleeping on the 2 beds and all over the floor. How do you all sleep? It’s hard! Only 3 blankets for 12 people – only blanket for every 4 people.

So many granny-led households and adolescent-led households. It is hard to visit the slums of South Africa and it is hard not to have your heart moved there. As we visited them our hearts were poured out on the ground there in those shacks and on those streets. It’s a glimpse of everyday life in the informal settlements of South Africa. Hard to imagine all the loss, all the pain, and all the heartache.

On June 7th Team Africa 2013 which consisted of Alex, Patti, and Austin Hunter, Peter Gunn, Pam Durkota, Pam Whitney and her son, Brandon, and Lin and me went to South Africa to help the poor and needy in the informal settlements there. We brought together staff from sites in Africa for a 3 day training session in Early Childhood Development (ECD). It is a huge need in churches and communities across Africa. If kids don’t start well, they will never do well, and they will always be left behind. Training involved nutrition, exercise, health, education, character building, and child protection for caregivers of 0-6 year old children. Pam Whitney is an expert in ECD from Atlanta and she and Brandon worked with the South African staff to train the HWW staff from around Africa. It was awesome!

Pam Whitney and Lin spoke to the 100 Single Moms from the community. Many had experienced loss, abuse, and violence. One woman lost her husband and 2 of her kids in a car accident. The losses and the needs were incredible and Pam and Lin did a lot to “comfort those who mourn and provide for those who grieve” in JHB.

Pam Durkota devoted herself to tirelessly capturing the stories of the children and families we serve and her heart for the poor and needy shined everywhere she went. Alex, Pam, and Lin also met with the Media and Marketing Team to develop Strategic Fundraising Plans for Hope Worldwide Africa and tools for the future. Pam Whitney worked with the ECD program for several weeks and Brandon will work with HWW Zambia for 2 months as part of his MPH work at Emory School of Public Health. The rest of us returned on June 18th after visiting the Hector Pieterson Memorial in Soweto where I worked for many years. Hector was a 13 year old South African who was shot to death in the Soweto Uprising of June 16, 1976 during which hundreds of young people died in the fight against apartheid. So much tragedy in Africa falls on so many young children. But God has given us so much to help them.

We want to thank all of our supporters for all of your love and support and we look forward to the visions and dreams of Team Africa 2014. With hearts on the ground we received a lot more than we gave –“a good measure, pressed down, shaken together, running over, and poured out in your lap.”